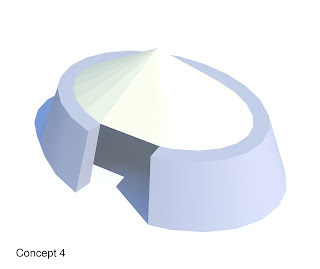 I’ve been inspired recently by prehistoric ‘roundhouses’ and ‘brochs’, (not a statement I thought I’d ever make) but in actual fact they are quite beautiful things. I found a comical animation on how to build a iron-age roundhouse and decided that any attempt would have to be on a micro-scale as I have limited time and material which conflicts with my wild ambitions.
Roundhouse Construction: http://alturl.com/v98wg

Location:
Clydeside, Glasgow:
Through satellite imagery I noticed on the south side of the Clyde that there seemed to be a fair sized pile of historic rubble nestled on some overgrown promontory. I decided this would be the perfect place to test a roundhouse hut-type. I ventured out after dark to this wet and wild scrap of land and arranged the rounded stones in a circular formation about 2.5m in diameter. I used the heavier stones for the base courses and  in doing so managed to construct the wall to around waist height. It seemed unusually sturdy. I think the circular formation worked much like an arch – the further towards the centre they fell, the stronger it became. This took around 1.5 hours to complete and was fairly heavy going. It was a bit ramshackle but it would do for a one night experiment. 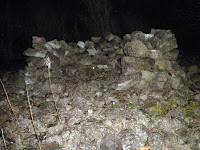 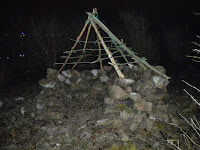 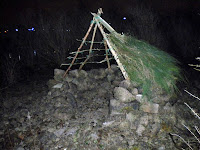 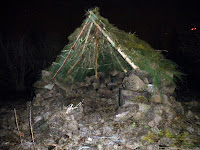 I cut some structural supports from some wind-felled trees and used scraps of a spindly ever-green shrubs (like a thorn-less Gorsh) to tile the roof. This was then finished off with a deep layer of sphagnum moss which I harvested from the concrete Clyde-side embankment. I built a small fireplace into the entrance and in-filled any gaps in the base-wall with rounded stones. The whole structure stood at around head height and felt surprisingly sturdy. In actual fact the whole roof structure balanced un-tethered on top of some precariously rounded stones. Proper dry-stone walling takes time and skill to administer properly, both things I didn’t have...and even if I did have the skill...I didn’t have the time. 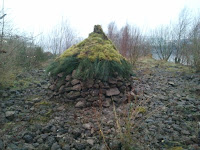 Roughing it:
Earlier that day, I noticed a giant rat on the way home from work. I stopped to watch the bloated rodent for a while squatting on the pavement blinking at me, possibly suffering the ill-effects of a belly full of poison. Now with the power of hindsight, staring at a large dying rat for 5 mins before sleeping rough on the banks of the River Clyde did nothing for my mental stability. Luckily, the winter landscape seemed empty as ever, other than a fox which made an appearance from time to time. 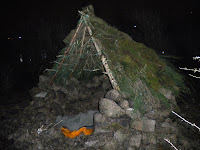 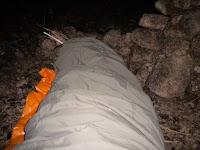 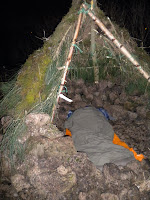 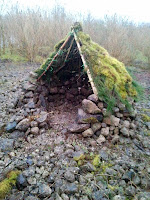 I shuffled some stones around inside and lay my sleeping bag down around 12:30am. I can honestly say sleeping in this shelter was the most comfortable experience so far, (other than the stony floor). It’s good to have somewhere to store your shoes, to be able to pack your sleeping bag away whilst still under cover. The small things make a big difference when its freezing cold, dark and wet. It rained for most of the night but I stayed remarkably dry under this basic canopy of thick moss and sticks. In the morning I left with the feeling that this type of shelter could be used for longer periods without any problems as it seemed strong and roomy (albeit only one room). 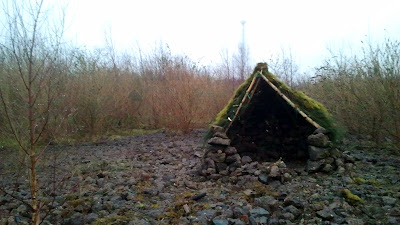